There’s been a little side project that has kept me busy for a while already: As it happens I became part of dance company here in Auckland (Etched Dance Productions) and this is our big week as we are performing every night at the Herald Theatre in downtown Auckland.

But from the beginning: It all started with Jess, the choreographer, looking for people who like dancing. I said I like it but am not particularly good at it – which was sufficient for getting on the team (without knowing what I got myself into.) A couple of days later I went to rehearsal at the Dance department of Unitec, one of Auckland’s major universities and just that was an experience in itself: Big dance studios, all of them fully equipped with Ballet barres, a piano, huge mirrors (which turned out to be quite confusing when learning a new piece) and dancers – lying around everywhere, stretching their already super-flexible bodies even more.

During that evening Jess taught us the main phrase of the piece and outlined the different characters and parts. The performance is called “Mating rituals of the 21st century” with the sub-headline “3am in the morning. Still dancing.” And that sums it up pretty well: It actually is about people doing weird dance moves late at night when no one else is on the dance floor or just the really drunk ones – when I heard that I was reassured I was the perfect match for that role (not the drunk part but the weird dance moves).

While the professional dancers on the team have their own solos the “non-professional-dancers” (me and another guy) got our main movements. Mines are “the headbanger” (yep, I can do that), “the pointer” (I’m a natural!) and “the kitchen dance” (Sorry? What the heck is a kitchen dance?) I got a very detailed introduction into kitchen dancing – which seems to be something very common among professional dancers (?) and it basically can be defined as “dancing while doing the dishes and integrating your kitchen utensils such as brush & towel into your movement”. Right. Can you imagine that? I had to work hard on those movements at home but I guess I became a very creative kitchen dancer since I have joined this group.

Another thing I learned that night was that our piece is part of a Dance Festival – the so called Short+Sweet Festival of Auckland. The principle of Short+Sweet in general is to provide a platform to the local art scene and the goal of each artist / group is to take over the audience in maximum time of ten minutes that you are allowed on stage. The festival is divided into three categories each lasting two weeks: Dance (last week and this week), Song (next two weeks) and Theatre (rest of June). If you want to be part of it you have to apply in advance with an outline of your piece and if you’re invited you get your crew together to perform every night during one week at the Herald Theatre. Every night there’s a different judge watching the show handing in his or her reviews – based on these reviews three groups of each week make it to the grand final on Sunday plus there’s one wildcard given to the group with most audience votes.

So far, so good but I only captured the full scope of it all when we started rehearsing at the Theatre itself. Already the venue took my breath away: The Herald Theatre is in downtown Auckland, and when I say downtown is it like performing in Vienna’s first district. Next door is The Civic, a venue which can be compared to Vienna’s Opera House (just a bit more modern), the Aotea Centre (huge) and Auckland’s city hall. 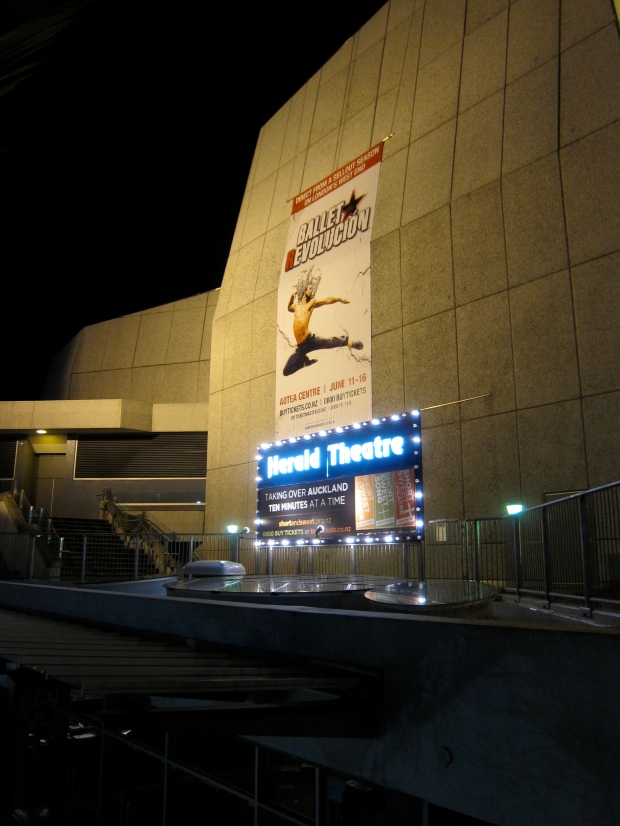 Making my way to the venue each day is a highlight, entering through the stage door you have to sign yourself in, there are lights blinking saying “Quiet please, show in progress” when someone’s just on stage and I was also impressed with those dressing rooms, just like the ones you see in movies, with lights around the mirrors, a fridge and lots of dancers running around getting ready (preferably lying on the floor and having either legs or arms in weird positions that look very painful to me).

We made our way through the backstage area and I was most impressed with the room of the stage manager, right behind the main stage. She basically manages the  show, directing technicians and lights from there via headphones and microphone, getting dancers ready (“2 minutes until show”, “one minute until show”, “Go! Go! Go! Now!!!”)

That day was a long one as each of the eight groups performing this week had an assigned slot for tech rehearsal – talking the audio technician through the music, adjusting lights with the stage manager and when which spotlight should be on who. A first insight into how the life of a dancer is a lot about waiting… Next rehearsal was dress rehearsal – making sure that all the costumes are working on stage and first time to perform the pieces with lighting – and audience. This was the first time that we came to watch the other groups perform. I can only speak for myself but I was blown away by the quality of the other pieces and their dancers. Until then I had rehearsed my funky kitchen dance not knowing who would watch me or what the audience was expecting but that night it got a lot clearer that my kitchen dance had to really rock.

Since then we’ve performed at the Herald Theatre every night and I am getting more and more used to the life of a dancer. Greatest thing about it probably is the backstage atmosphere – before the show everyone is warming up, going through their pieces again and again, everyone is very focused. During the show everyone is really supportive, encouraging other dancers and helping out e.g. if something on the costume is broken. And after the show everyone’s just really relieved everything went well, there are lots of good laughs, meeting up in the theatre’s foyer, talking to spectators and sometimes even a drink or two in one of the nearby bars.

There’s two more shows this week (three if we make it to the finals) and I’ll definitely keep you posted about things going on in my new side-career. Have a good friday everyone!

PS: The other day there was a photographer on the show – I “borrowed” one of his pictures (copyright by Ronberg Creative). Psssst. 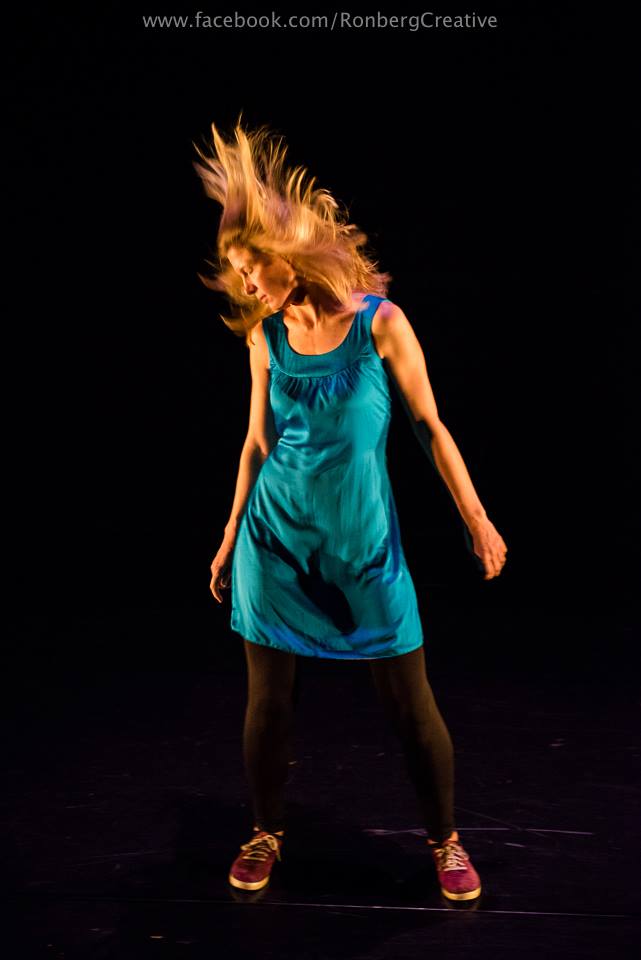